During the investigation of the research in the eastern area of the city, in search of underground hydraulic infrastructure belonging to the Bolla Aqueduct, a branch was identified that was used until the 1980s.

From the ABC archive, a section of the Bolla Aqueduct in the city of Naples

The canal runs for about 6 kilometers, from the Municipality of Volla it reaches a large basin located near via San Lazzaro, not far from the headquarters of the Aqueduct Electricians, Acqua Bene Comune.

On 23.07.2021 a first access was attempted from the inspection wells located in the area of the ABC warehouse in Casalnuovo. The canal was full to the top and could not be inspected. 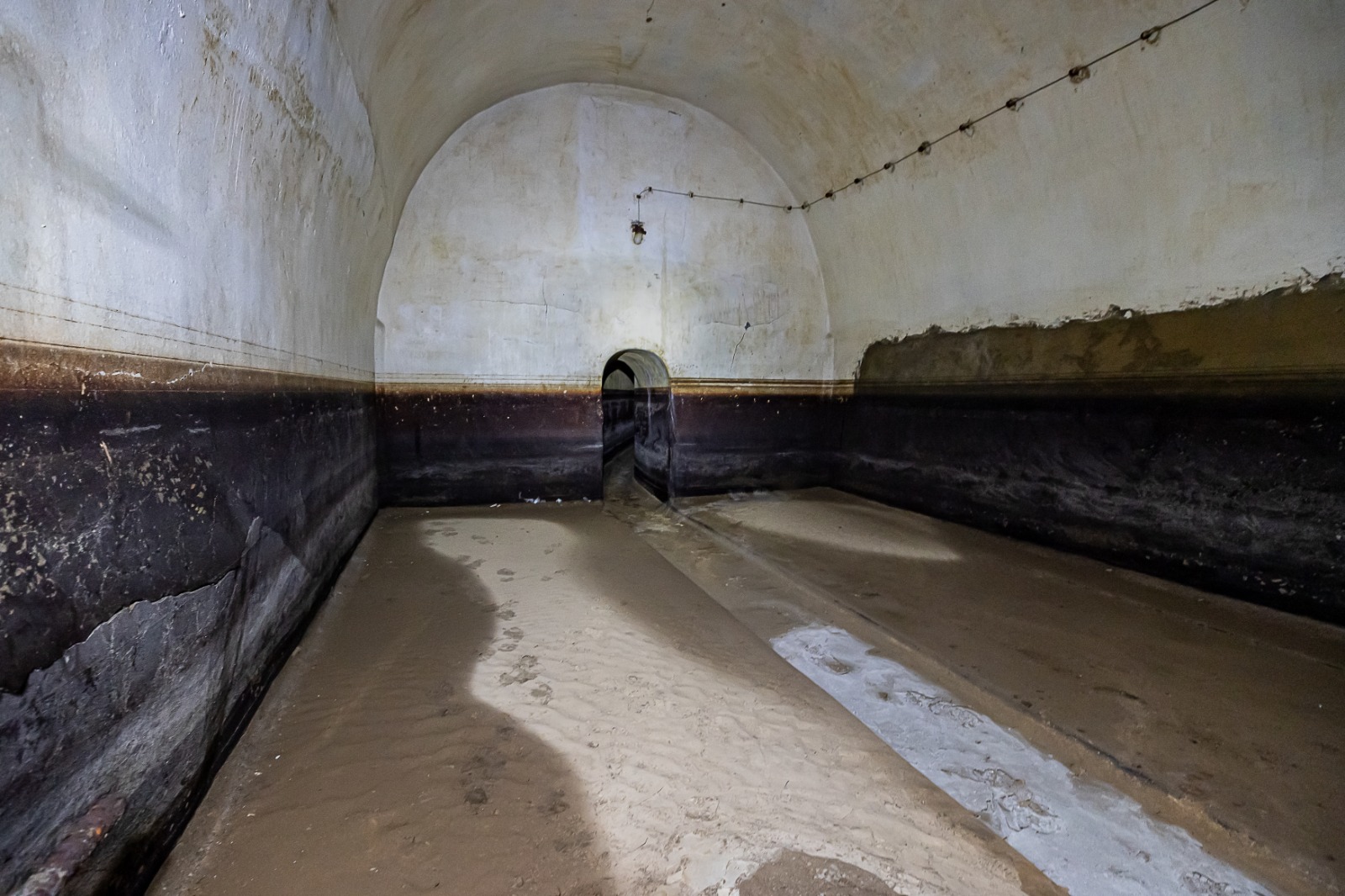 On 4.08.2021 we were able to enter the canal, from a tunnel identified on the hill of Poggioreale in a stretch adjacent to via San Lazzaro. Through a well, you reach the basin from which two branches of the canal branch off. Heading south, after a few meters, the first branch reaches another tank where the motors used to push the water to a higher altitude are positioned, towards the “Bourbon Cistern”, located halfway up the Poggioreale Hill; the other branch creeps towards the east. We were able to walk it for a few hundred meters, up to an interruption caused by a collapse. The channel is cut transversely, some yellow formwork panels, placed at the edges of the channel arch, highlight the attempt to stem further subsidence. 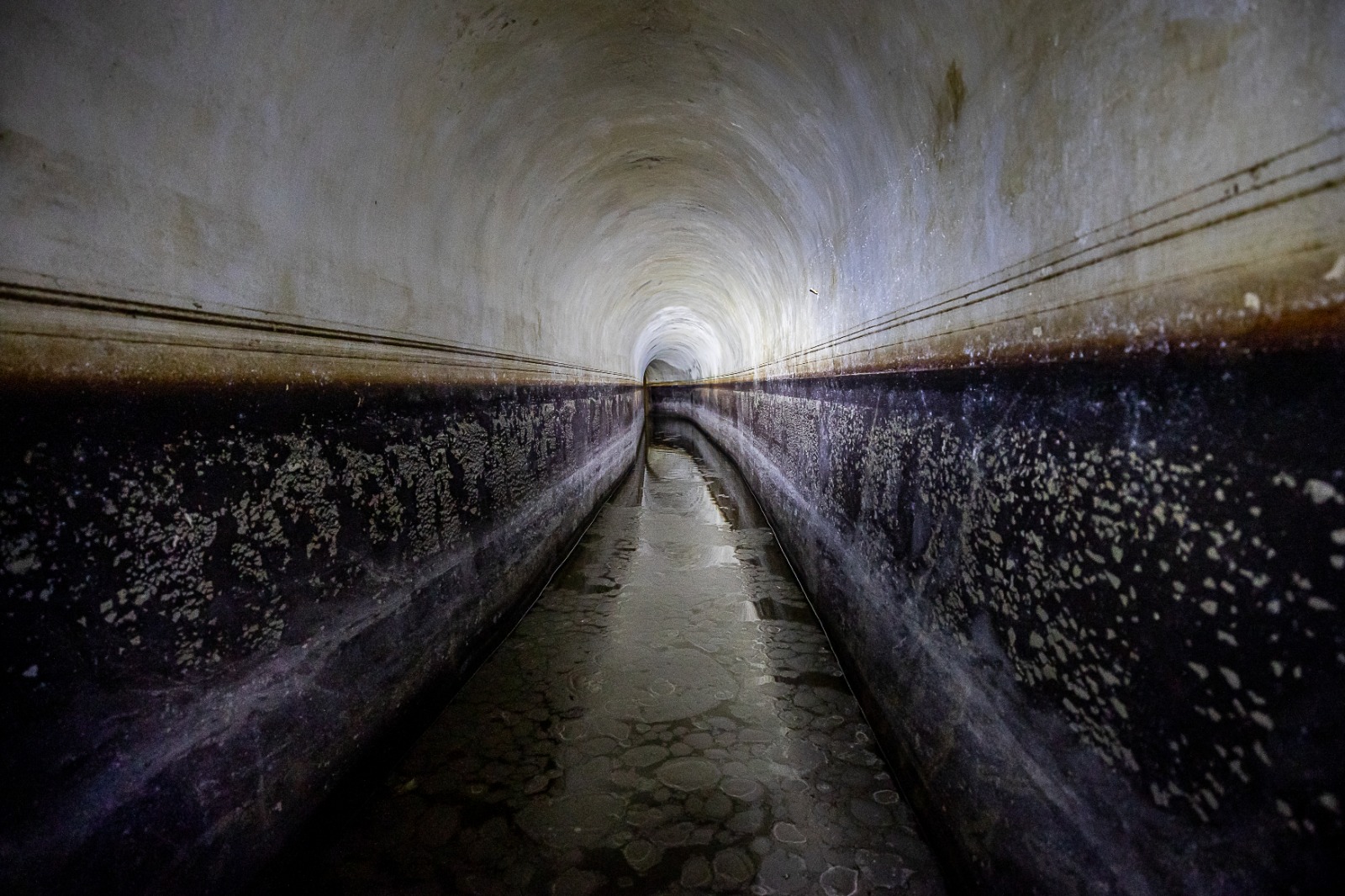 On 3.02.2022 we returned to inspect the canal to ascertain the exact point where the collapse occurred, with a quick survey, equipped with a compass and laser disto. Placing the broken line detected on an aero-photogrammetry, with the minimum margin of error relating to the size of the photo, the trimming area of the channel turns out to be the intersection of the channel with the construction area of the metro, precisely at 363 meters from the starting point in the access tank. 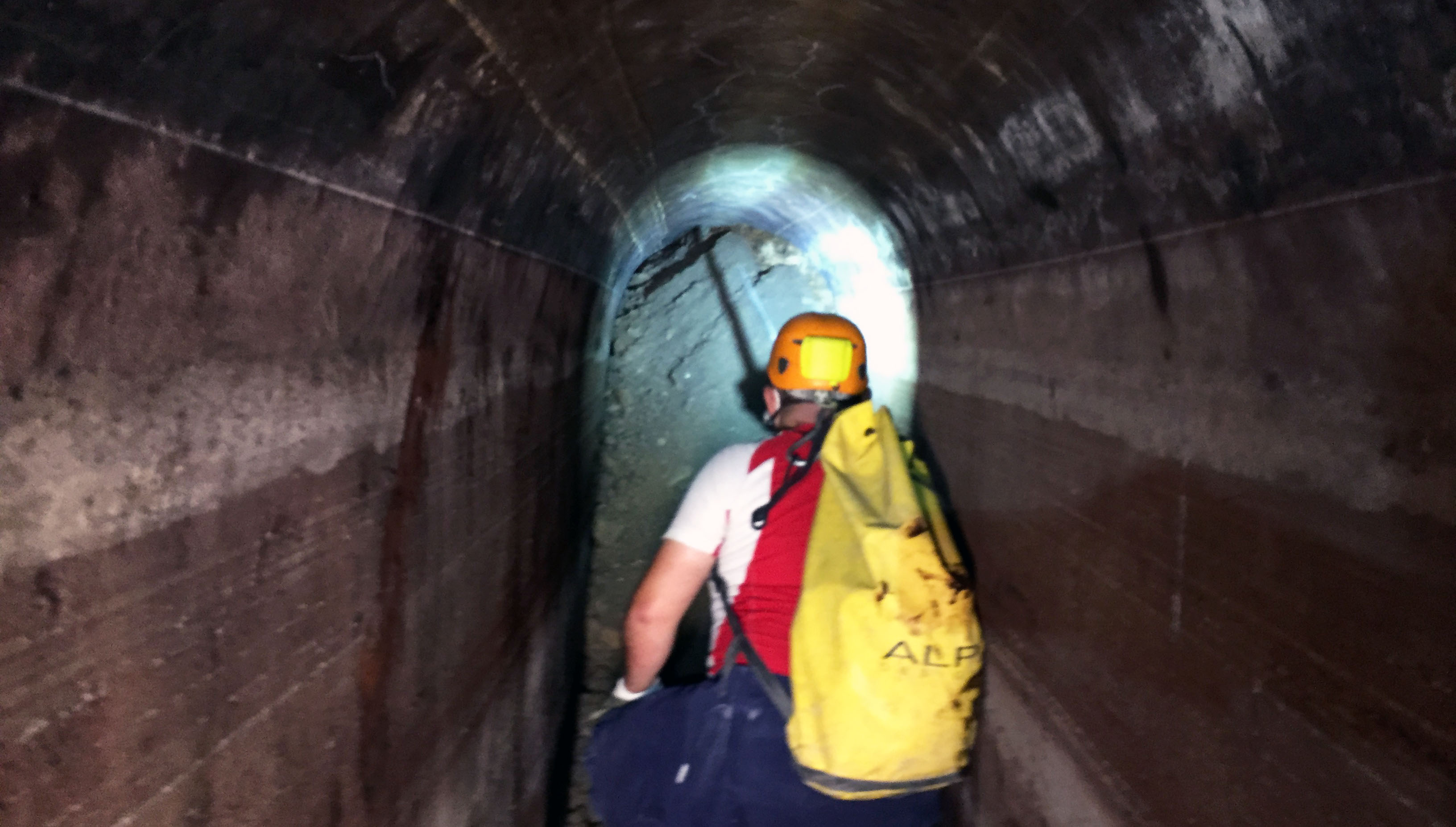 The inspections were carried out with the technical support of Mauro Palumbo and the engineers Mario Cristiano and Antonella Feola of the Centro Speleologico Meridionale (CSM), the team of Leica-Leidar-Geosystem, the advice of the Archaeologist Bianca Capece and the supervision of Professor Nick De Pace of the Rhode Island School of Design.

On the left in the picture the entrance to the tunnel, on the right the channel clog 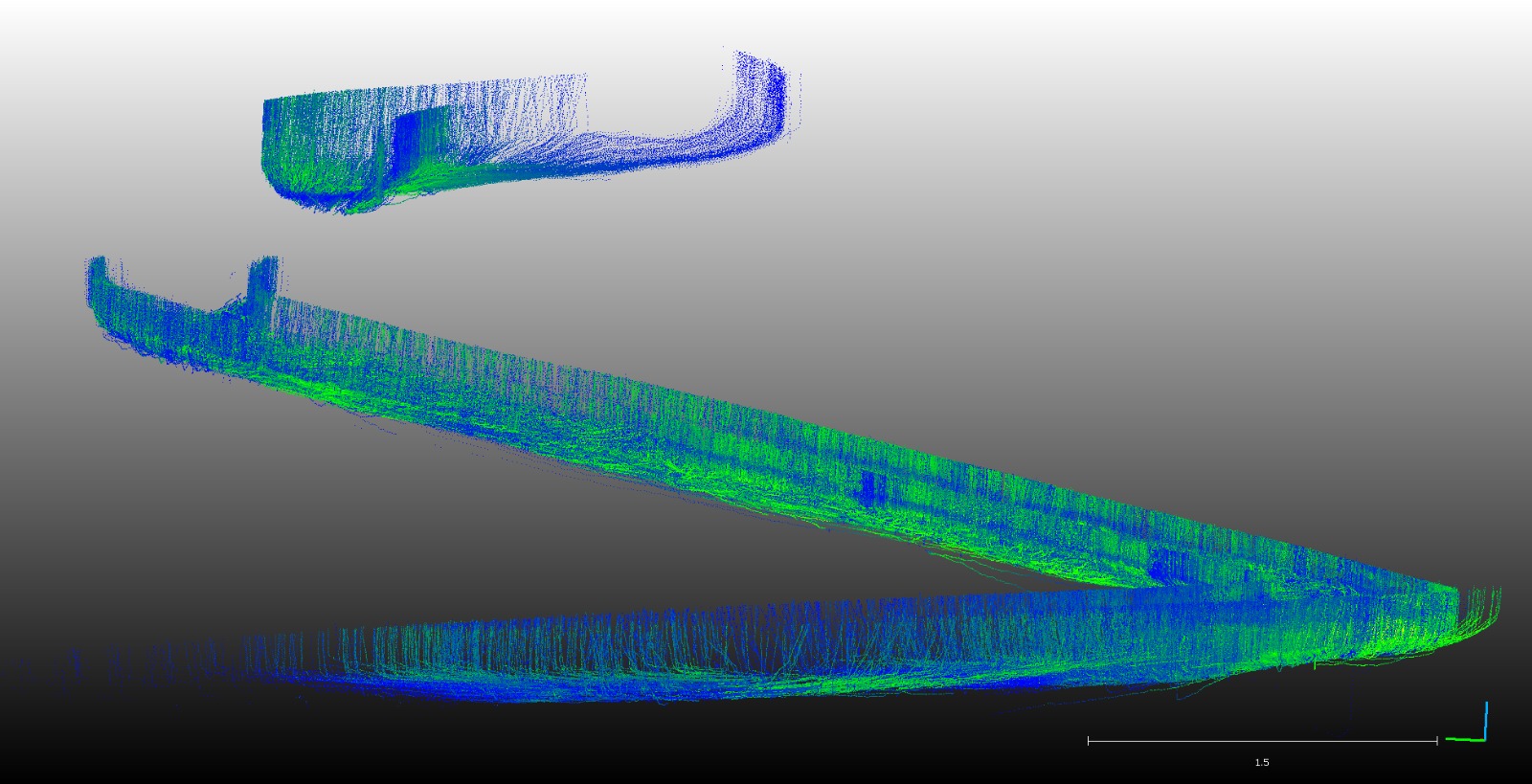 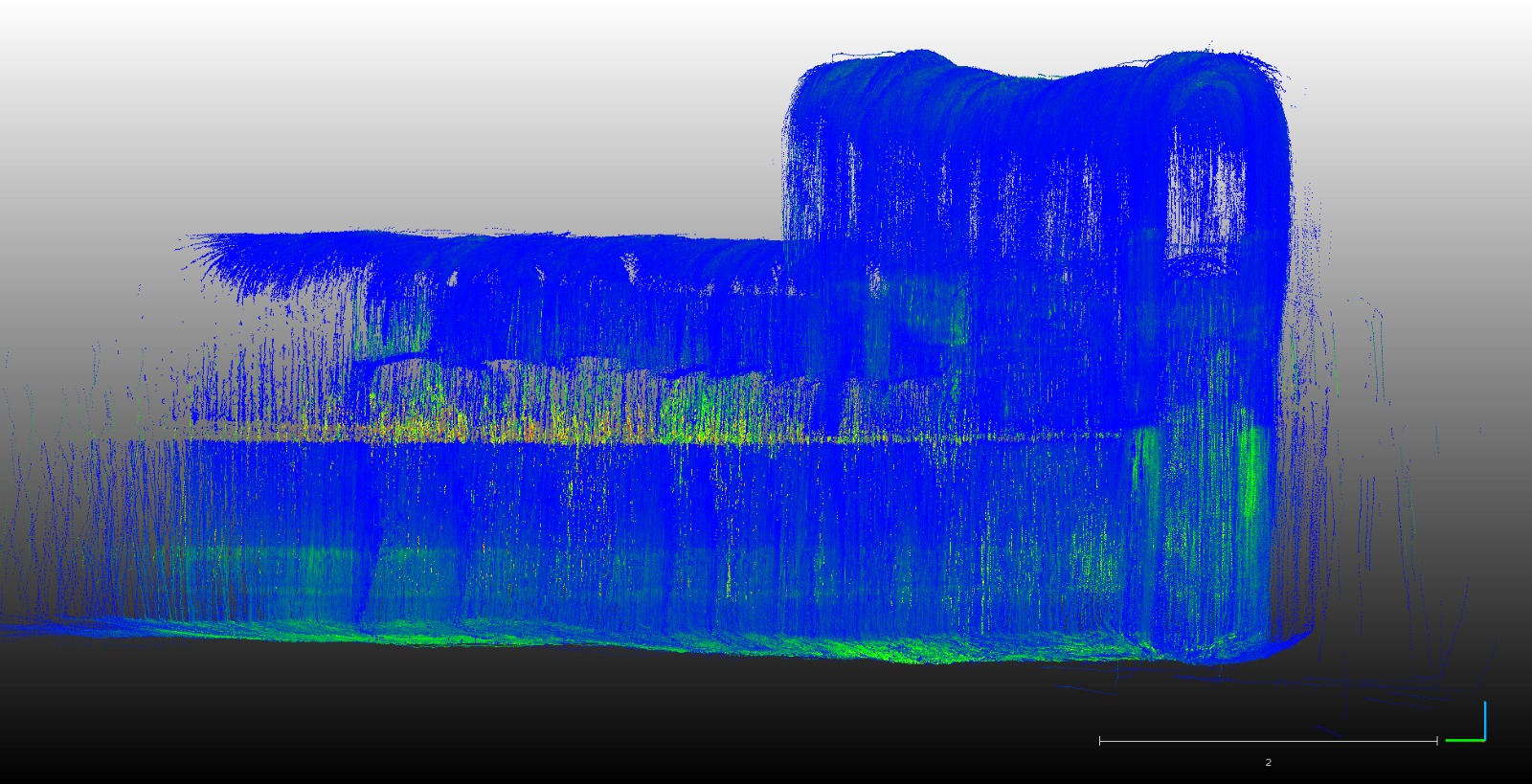 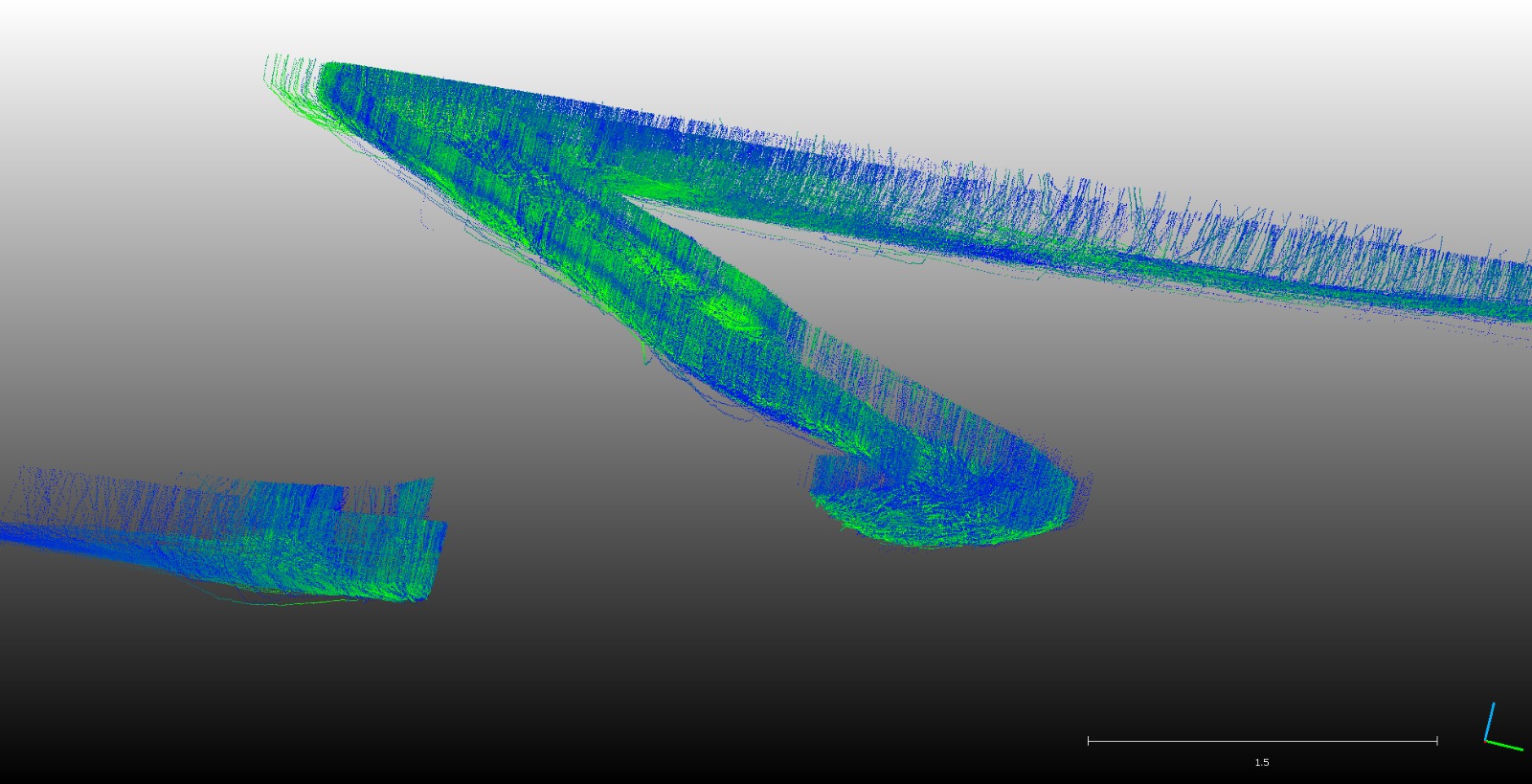 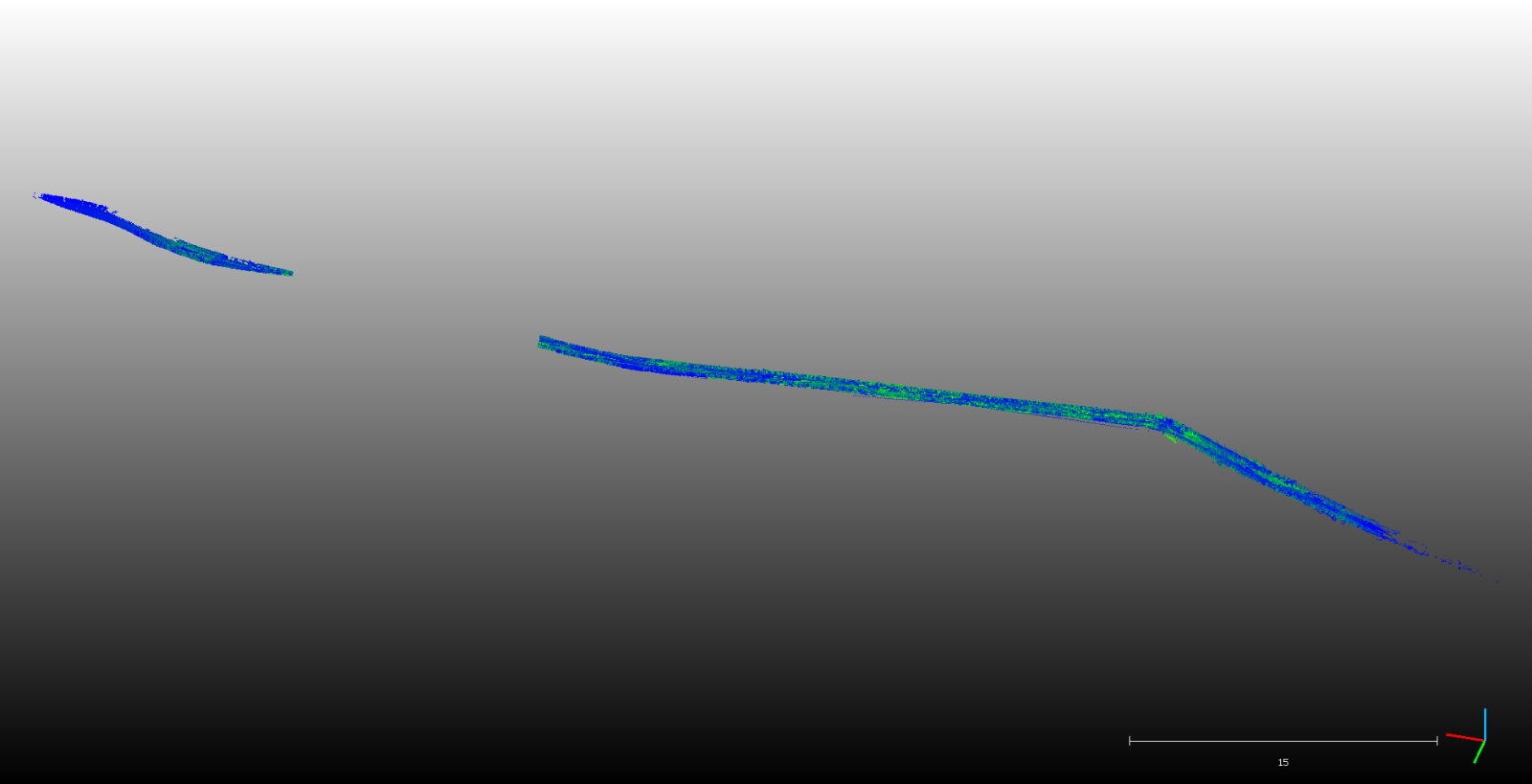 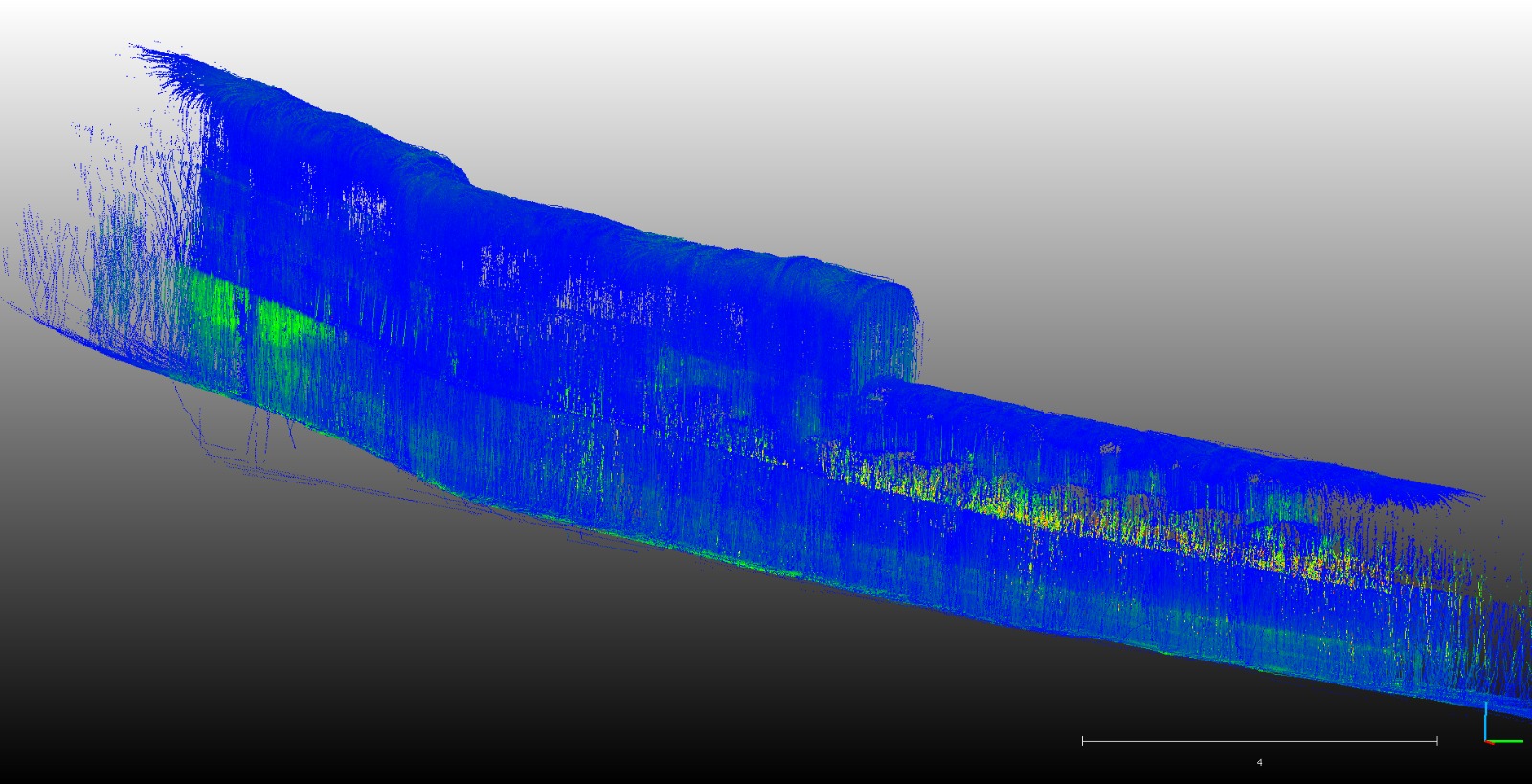 The section of the canal changes in structure and shape

– graphic map of the visited channel by Mario Cristiano