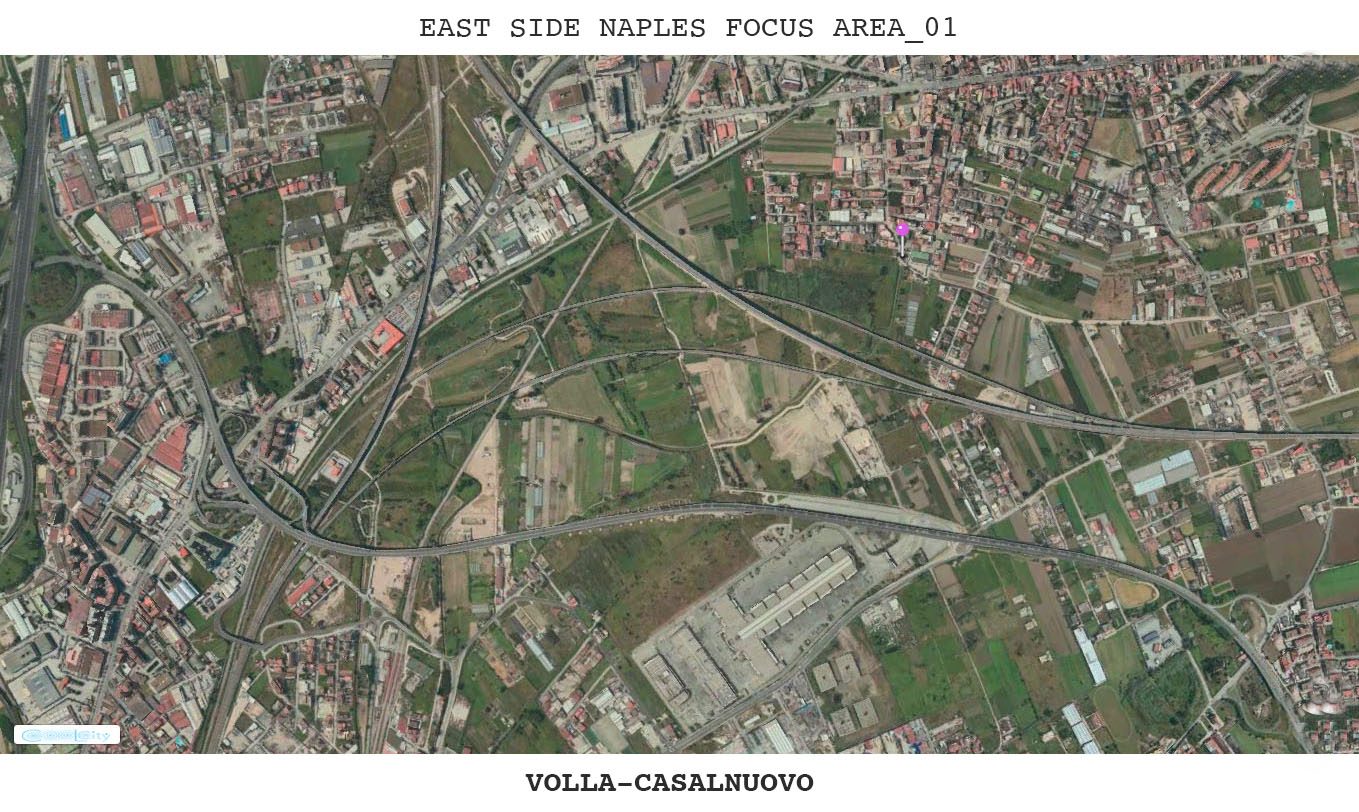 Our journey begins at the “Casa dell’Acqua”, a two-storey building above ground owned by the Municipality of Naples, today on the border between the Municipalities of Volla and Casalnuovo. 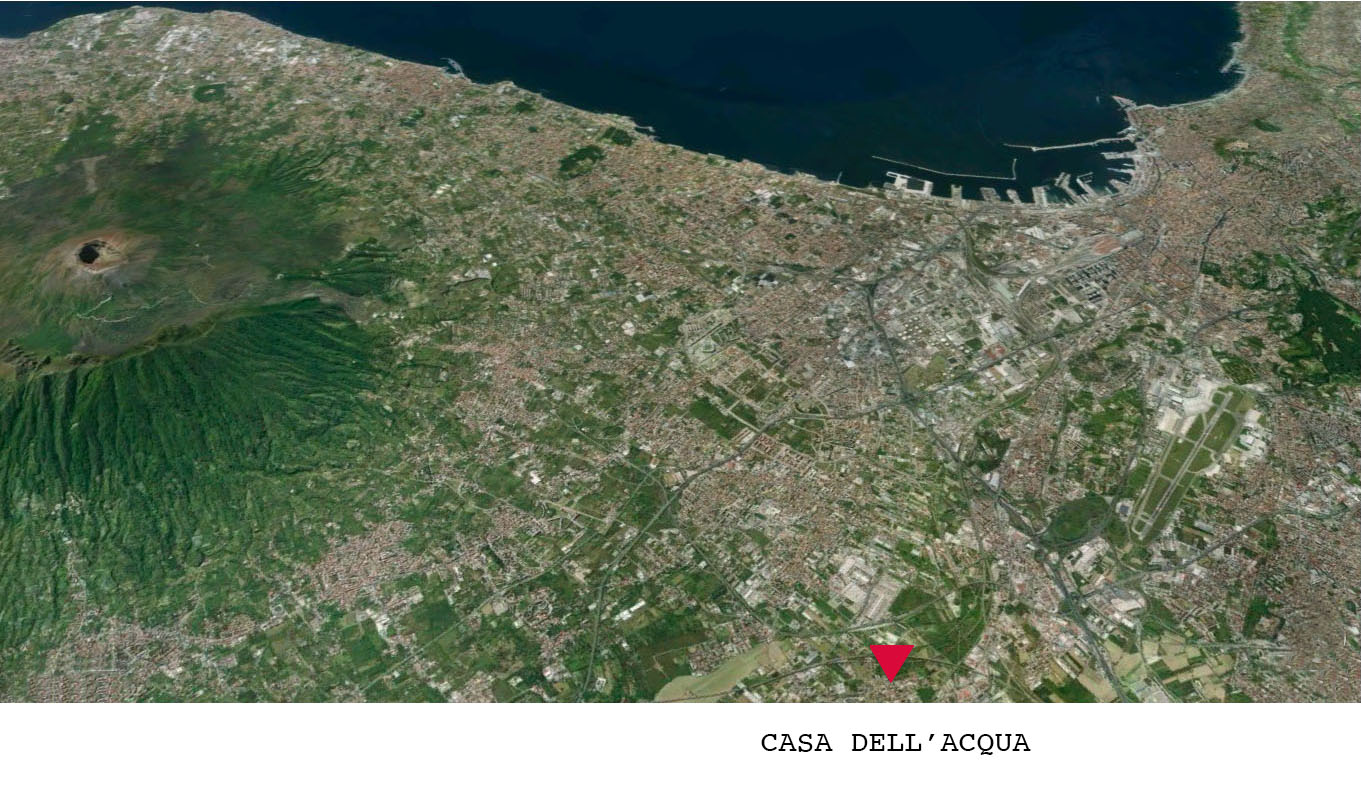 The building was the starting point of the ancient Acquedotto della Bolla, a hydraulic work of the Greco-Roman era containing a basin that collected the springs coming from Somma Vesuviana. A stone divider separated the water destined for Neapolitan citizens who traveled in underground pipes, from the water for agricultural land, which fed the mills of numerous farmhouses along their path, until reaching the sea on the southern outskirts of the city. 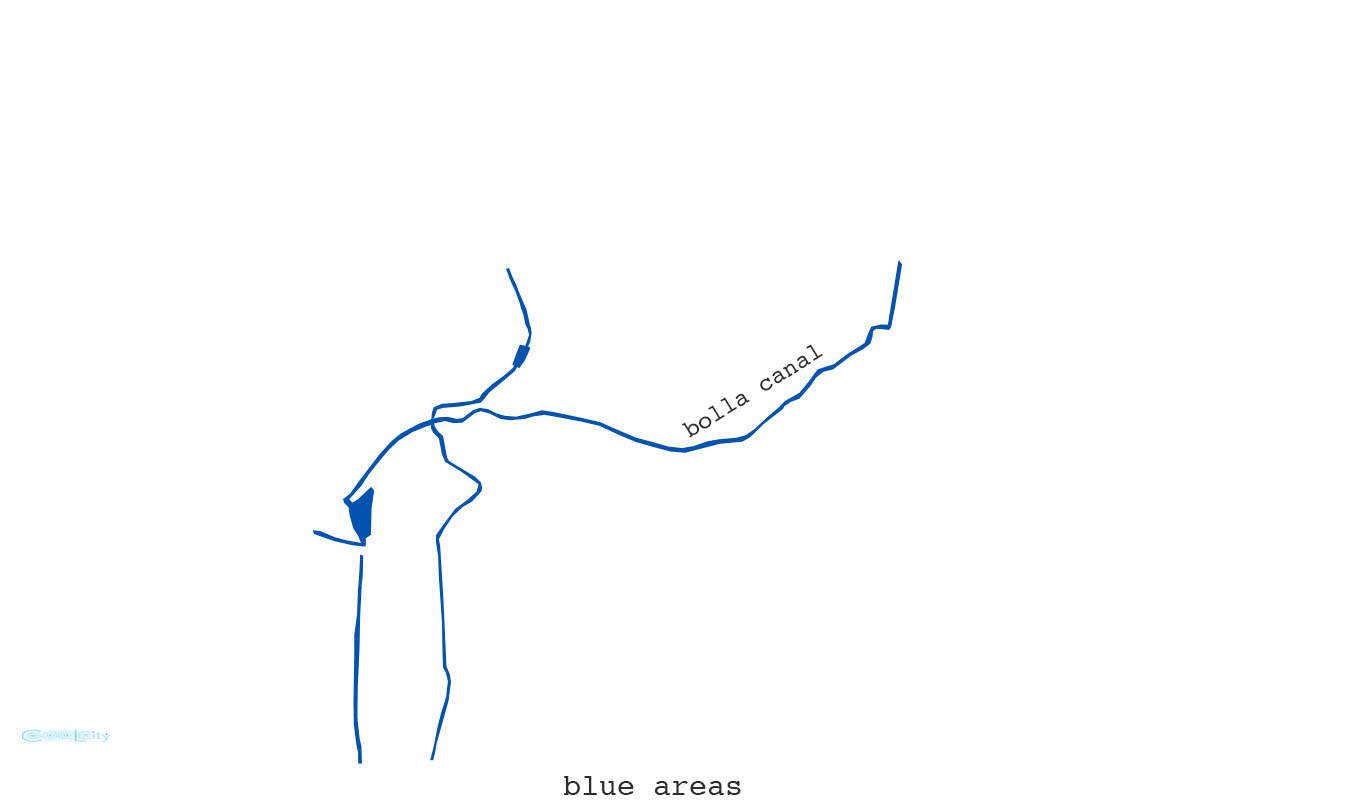 The Bolla Aqueduct was decommissioned in the 1980s. Beyond a road, the uncovered canal, intact, you can recognize the ancient tuff bricks, it is still fed by crystalline waters. The landscape crossed is incredible, unexpected, we traveled it for a few kilometers to the west, up to the intersection with another canal coming from the north-east (Cozzone Canal). Passing under a series of railway overpasses (circumvesuviana / railway FS / euro star) you can see farms operating on both banks, some lands are equipped with modern greenhouses, some nurseries specialized in the cultivation of aromatic plants. Other areas appear to be abandoned, while others are being traversed by trucks releasing layers of soil. 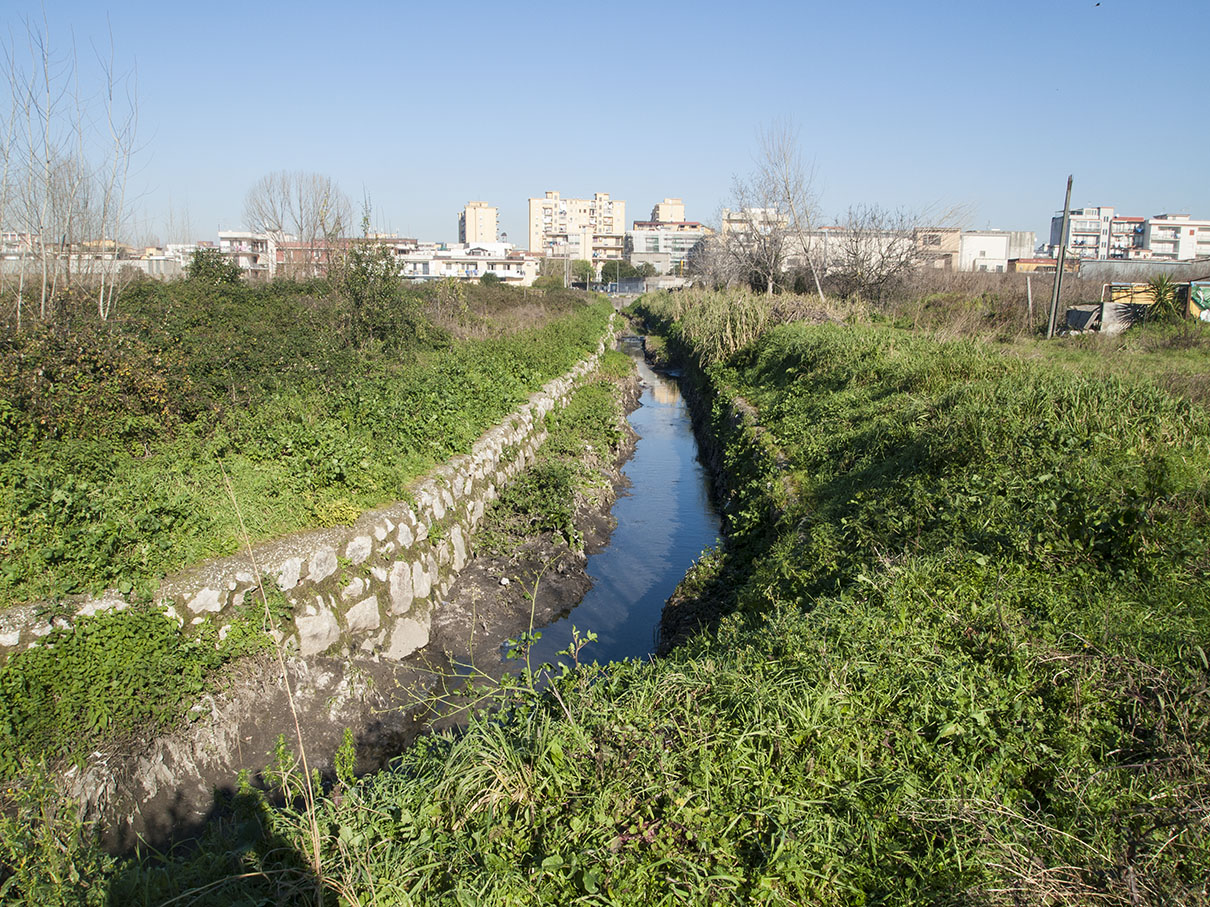 – Loocking back towards Volla

An unusual experience for all of us, boundless spaces, green as far as the eye can see. We noticed herons patrolling the canal in search of food, large hawks scanning the vegetation ready to swoop down at the sight of small prey.

Plenty of water travels a few centimeters from the ground, Pasquale, owner of a small piece of land not far from the canal’s path, has confirmed that he has the water table just over a meter below him.

– Down to the creek 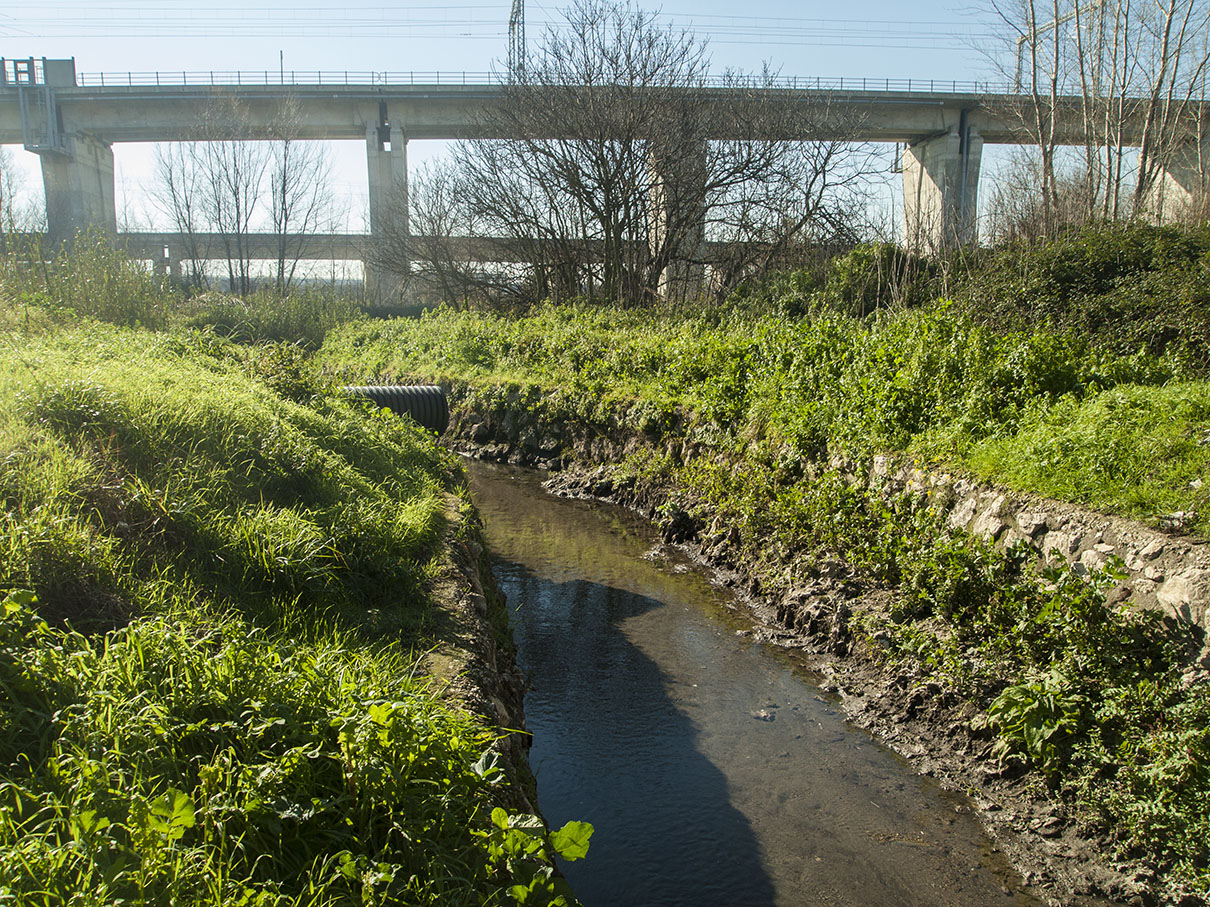 From the slopes of Vesuvius, as well as from the Piana del Nolano, the natural hydraulic system continues to carry considerable quantities of water which, when possible, pour into the existing canals. 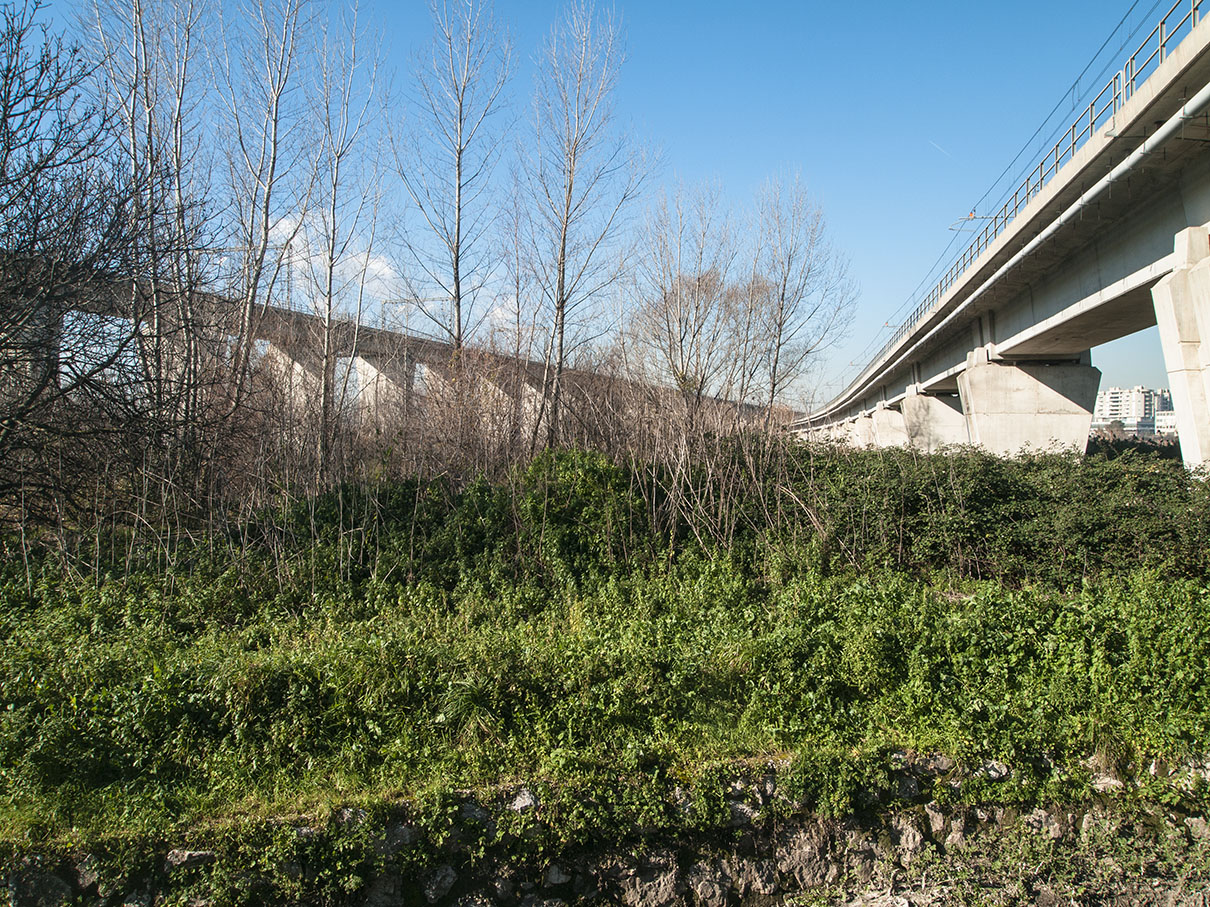 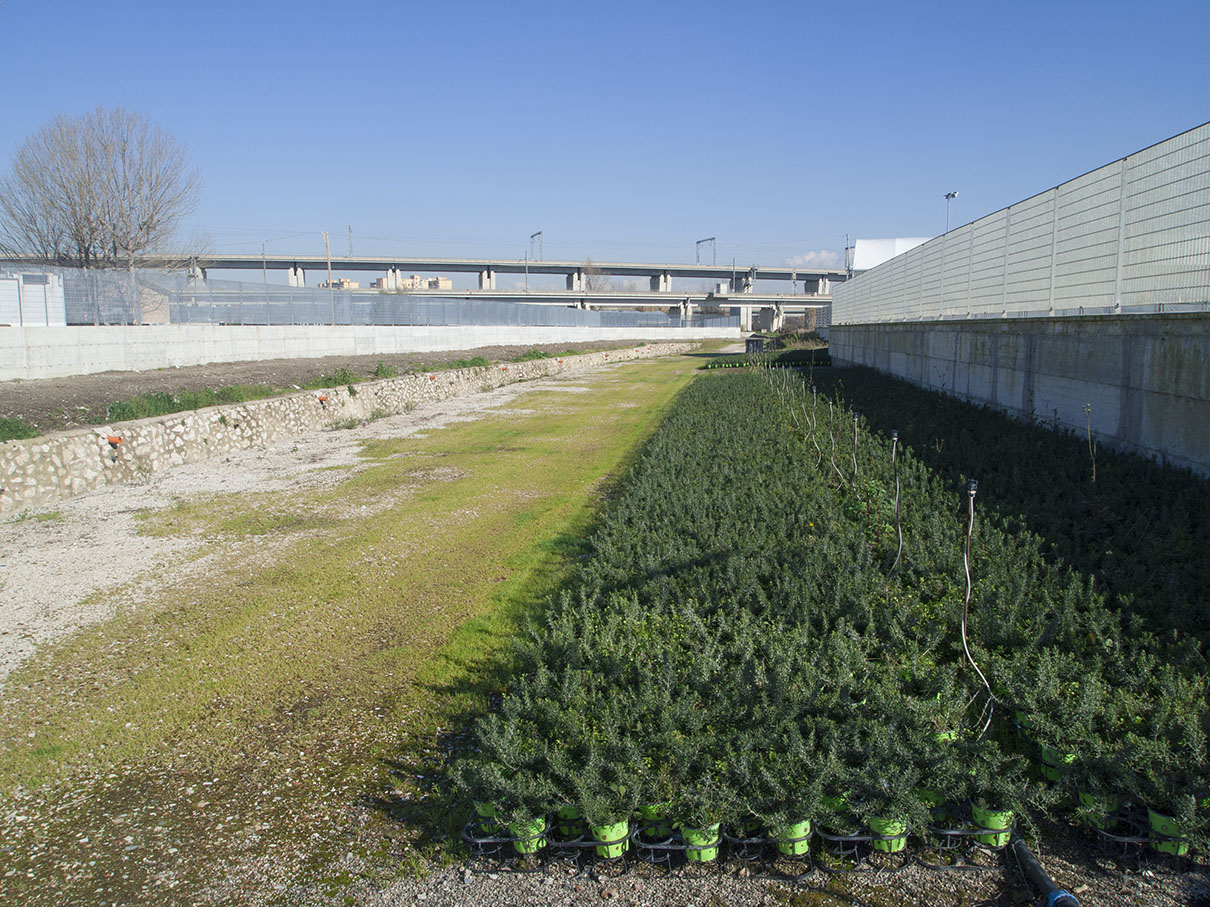 – Along the plant nursery

A good portion of these green areas are intended by the Town Plan of the Municipality of Volla, to be transformed into areas for the production of industrial and artisanal goods. 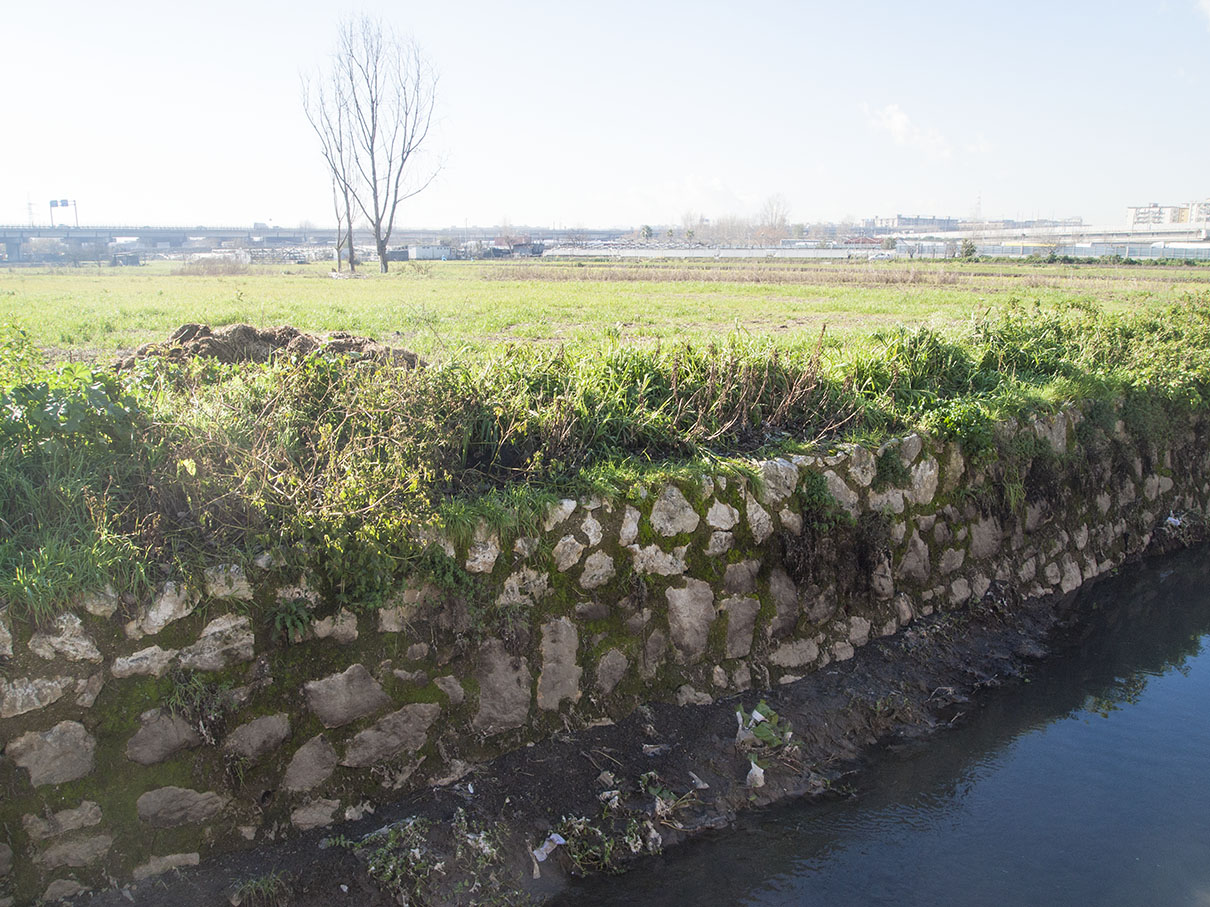 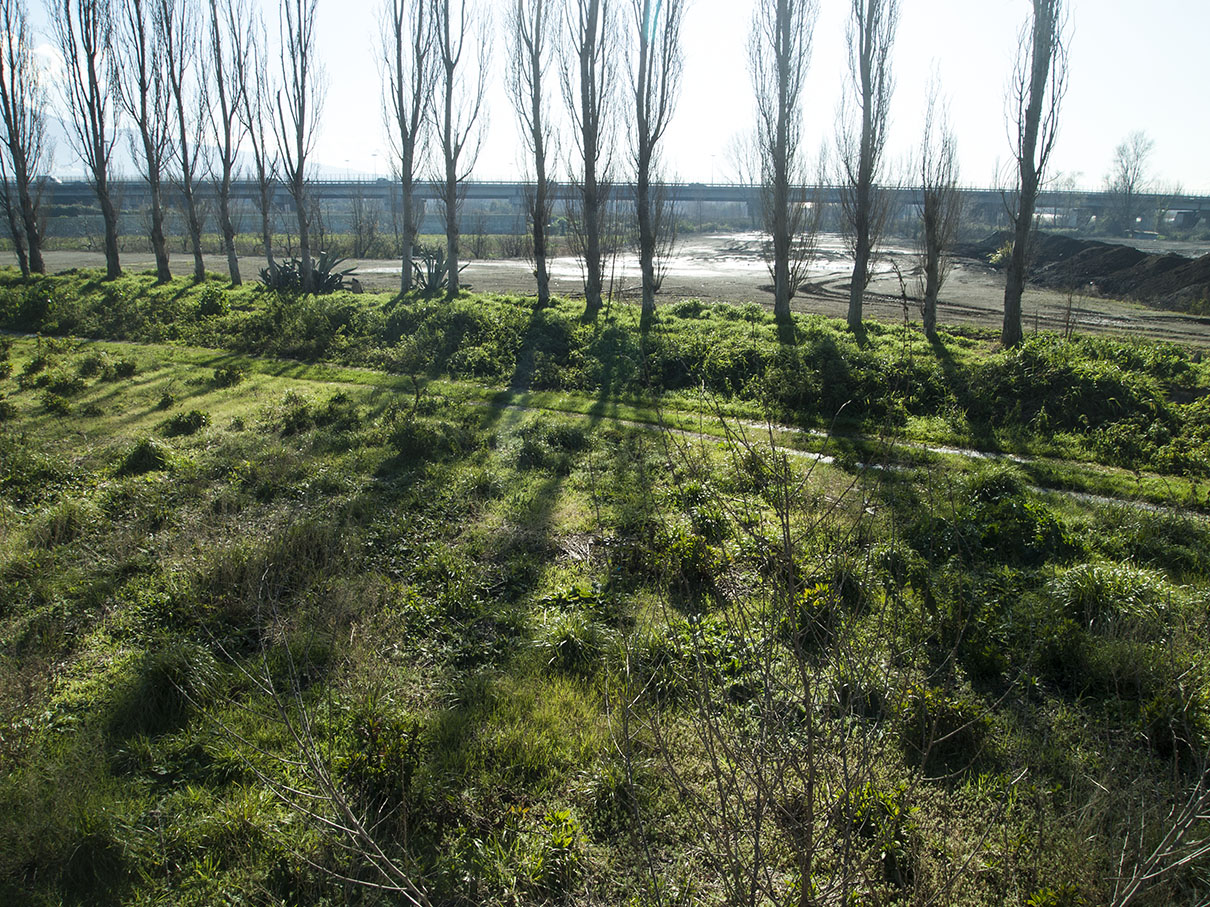 – interventions on the other side of the canal

In the official documentation of the Master Plan we have not found any reference to water as an energy and environmental resource, no information on the natural and landscape qualities of these areas, no mention of the historical and architectural value of the hydraulic infrastructure. 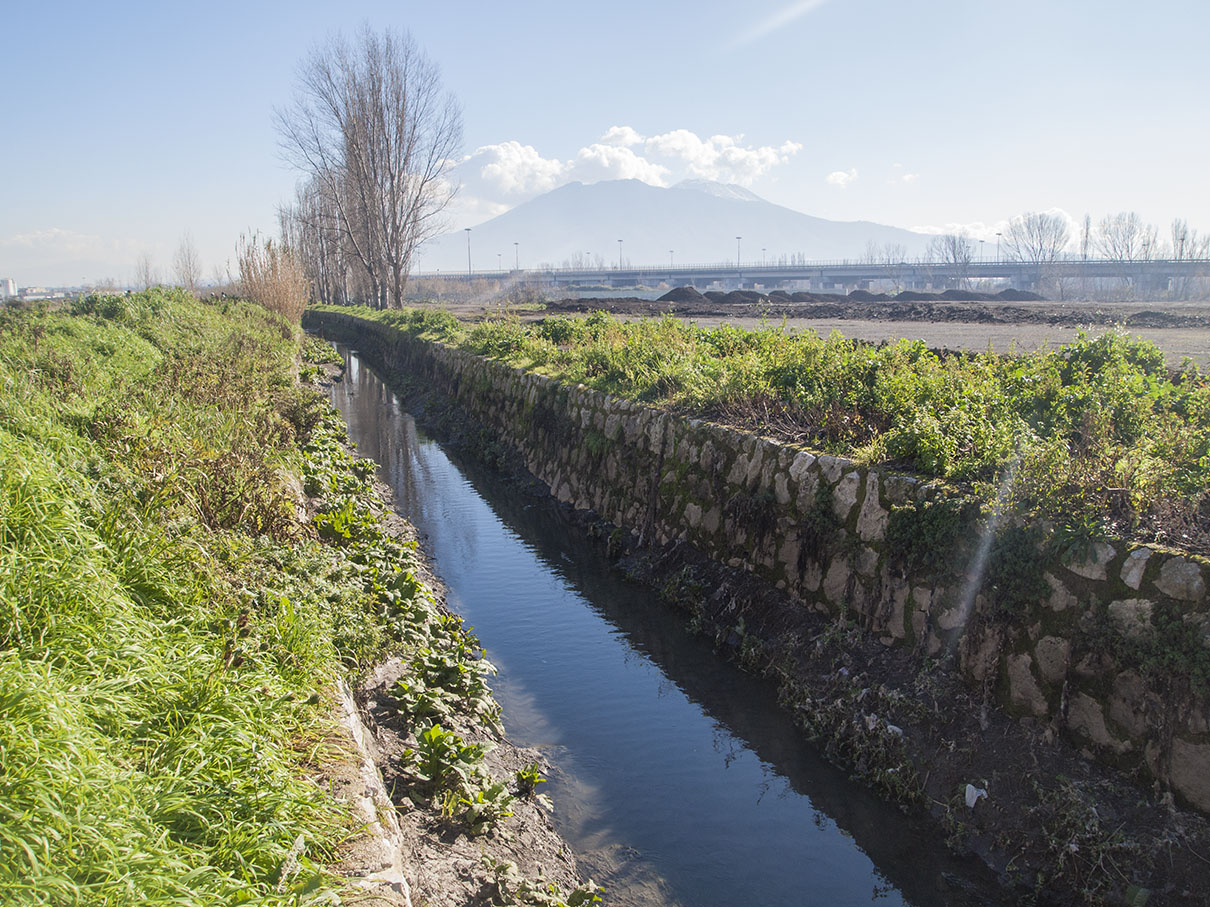 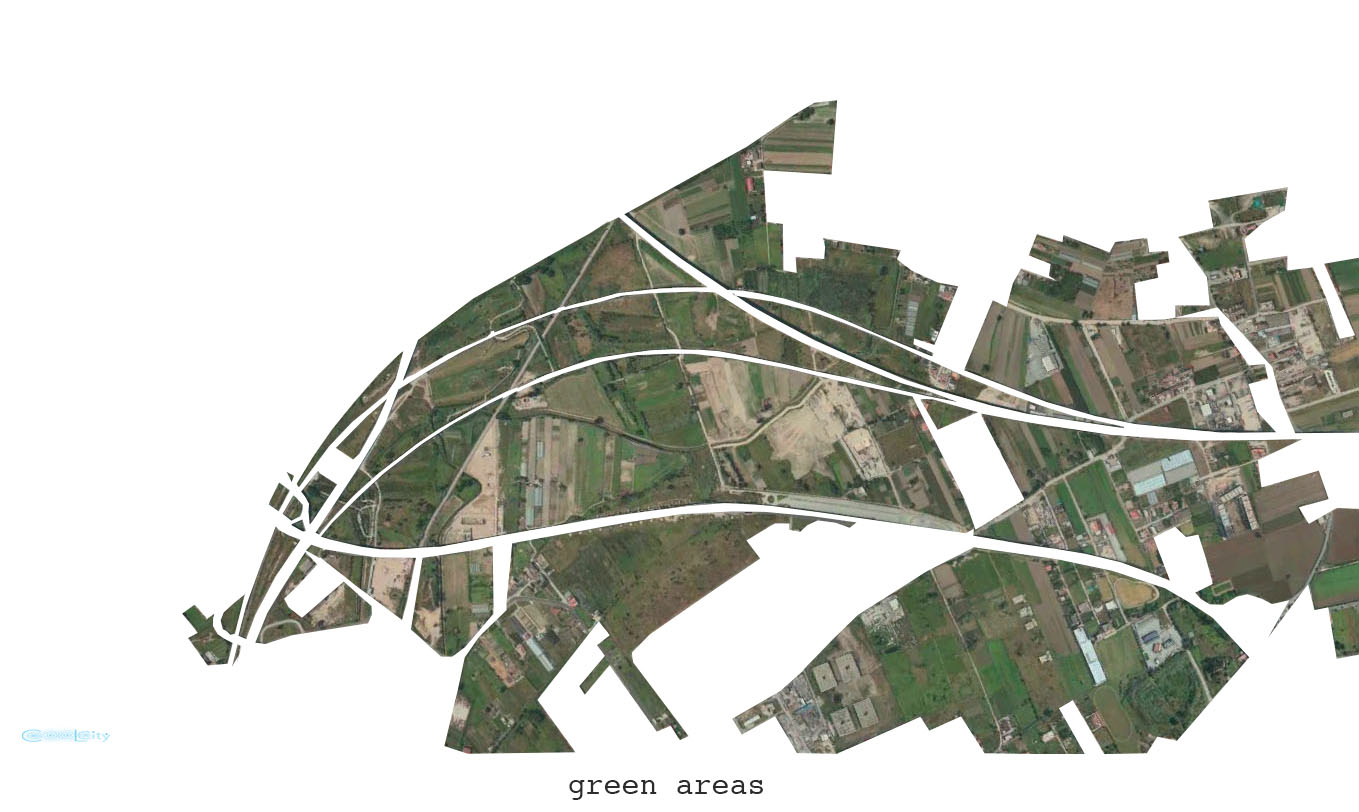 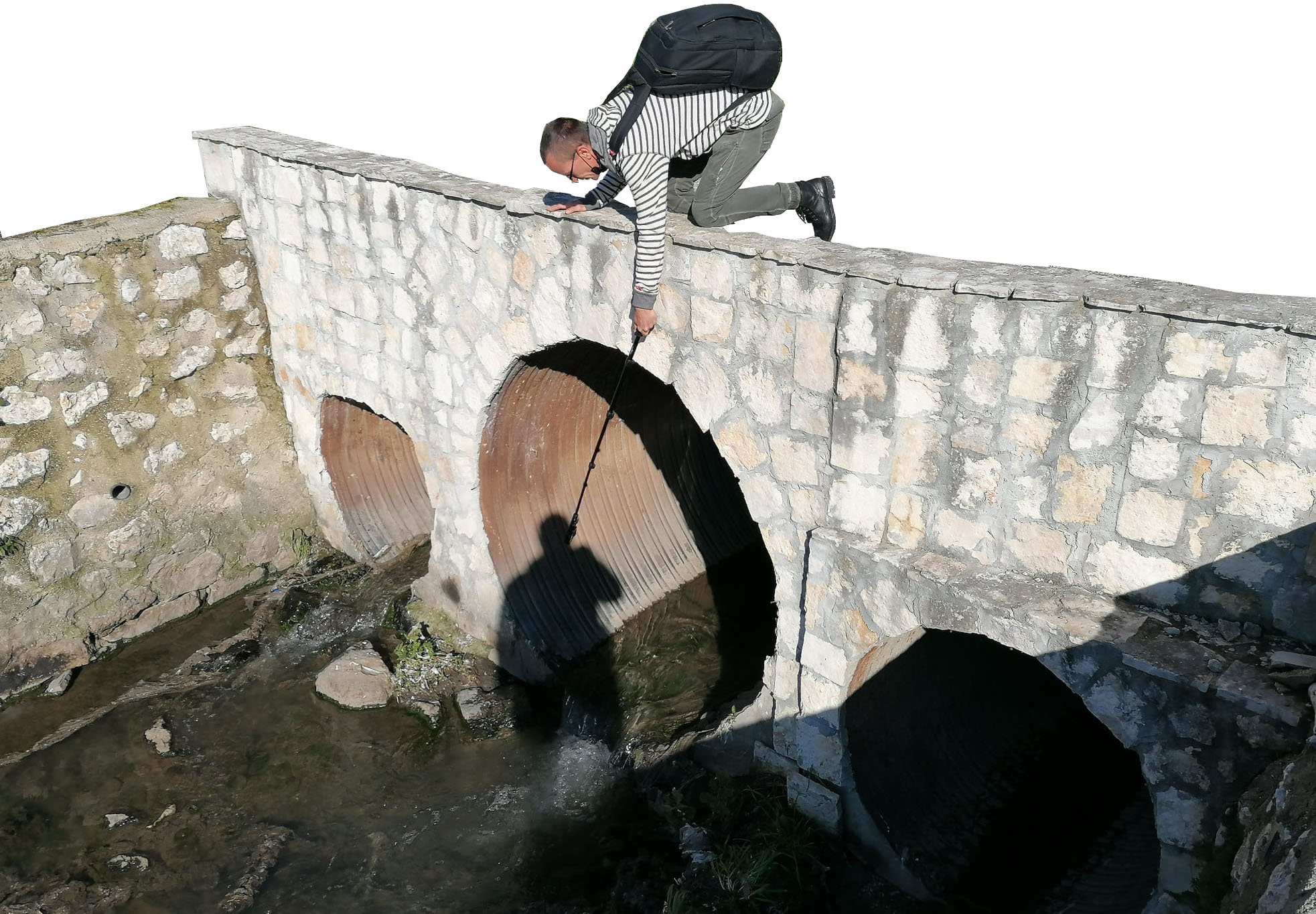 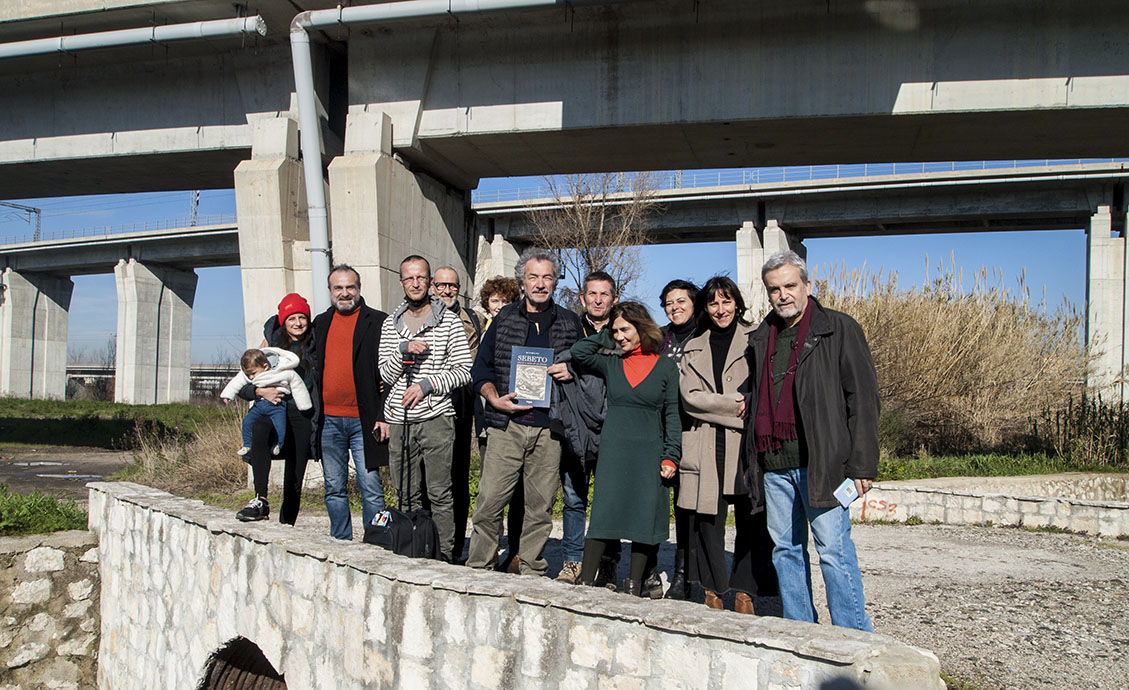