The animation describes the history of Naples, from his origins until today. Hoping that CoolCity will push for a restauration of a nature friendly modern NewCity

Monitoring the selected sites in the antic center of Naples for Il Vuoto Proprio, here in vico Panettieri, by the high wall hiding the garden behind. 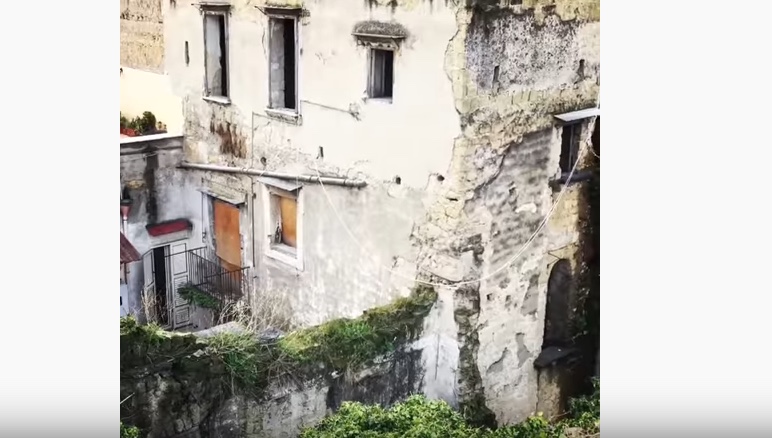 This is one of the selected empty spaces for the project Il Vuoto Proprio, in the Ancient Center (Centro Antico) of Naples 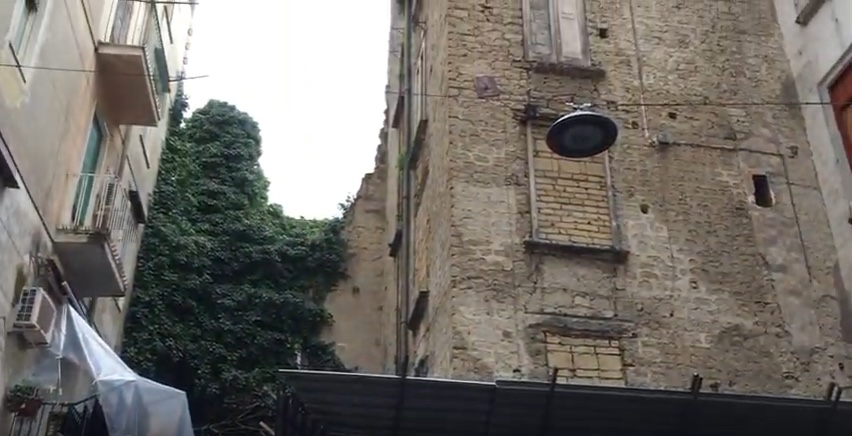 Once upon the time, there was a shortcut going from vico Gerolomini to piazzetta Giganti in the antic center of Naples. Giants and big person used to walk trough, even Gianbattista Vico resident in vico Gerolomini 15 was one of those.

A young Kosovan refugee comes to a small Romanian willage to meet his wife, a family arranged marriage.

The Khorakhanè displaced in Castel Romano fear for lack of security systems and Local Authorithy support.

Vasile wants to go back to his home country, Romania, he believes he can manage and open a small enterprise in Calaraci.

In the Triboniano, the biggest Roma Camp in Milan, a labour likes to talk about his life and personal prospective.

a drive around a settlement

La Monachina, spontaneous settlement next to the Appia Road, is one of the most finest Roma neighbourhood in Rome,  just a quick drive around it.

During the speech of the EC Commissar a protest spreads among all the participants.

The large settlement of Gazejia in Belgrade during the winter. Interviews and a glimpse at the neighborhood.

In Giugliano In Campania by Naples a large Khorakhanè refugee Community lives surrounded by all sort of dumping areas.

The Hadzovic has been living in the Giugliano for some times now, this his their point of view.

a house but no water

A young woman, still happy for her new container flat complains for the lack of water, the tap leaks just a few hour a day a few drops. Architecture student of professor Karen Berman are listening.

The Kalderasha are the finest Roma handcrafts. Ancient knoledge and few hours of accurate work for a baptismal font perfectly refurbished.

Kids are often subject to racist behaviour in school. A social officer explains.

Inside an abandoned polluted factory a small willage has grown. One of the residents of the Roma Community explains about the situation.

Claudio Marta, expert of the Italian Roma Issues at the Coucil of Europe, introduces the Roma Housing Issue in Italy for EU-RoMa.

a house and a horse

This is the house of a poor man in a small village in Romania.

Ponticelli is on fire

A racist attack has already happened in Ponticelli, this time the firemann bragate comes right in time and prevents other new tragedies.

The SNIA Viscosa has been abandoned for a long time, this former factory is today squatted by different groups. A view at the occupies spaces and a short inteview to a non Roma resident.

A young Pope explains the living of the Roma group residents of an ancient building, next to the port of Torre Annunziata by Naples.

Inside an abandoned factory in Rome, people have built their homes, sheltered by a decadent wooden roof, the women are cooking all together for the entire group.

Where is the Berlin Wall?