Workshop for the recovery and documentation of the traditions of the Kalderasha, Roma of Turin. In the proposal stage, for Torino-Geodesign, our objective was to work with the Roma community. After our first contact with them and especially after meeting a few of the Kalderasha artisans, the original aim of designing an object for and with the community was diverted towards the idea of working with their knowledge. Main focus was therefore placed on the vanishing knowledge of the community, and the idea of bringing new value to the Kalderasha’s creative skills. 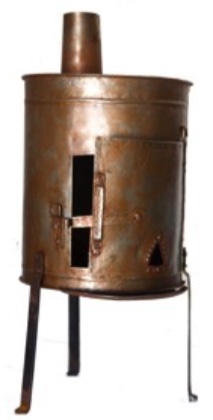 The word Kalderasha derives from the Romanian kelderas, and is a variation in dialect of kelderar, which means someone who makes boilers and other similar metal containers. Matter of fact, the Kalderasha traditionally dedicated themselves to the art of metalworking.

Alaga and Bahto, the two artisans involved in the workshop, have lived in Turin since 1969, and have worked in the past together, producing wood stoves, which were sold to the Roma communities all around Europe. Due to a crisis in the production of handicrafts, iron and copper work, Alaga and Bahto gave up this type of production about ten years ago. They have started collecting and re-utilizing old iron objects, and only sporadically, they make small objects out of copper, they love the old traditional work.

For this reason why, we decided to reunite the two old workmates, during the one-week experience of the Turin design ferrie, a workshop to do this work with them and design two prototypes of wood and/or carbon stoves. Throgh this working process, many memories reemerged of their past, and of the handmade work needed to produce such objects, which require their particular skills, handed down by their respective fathers, to produce. Alaga e Bahto bend iron as though they were folding origami paper. Their stoves are designed in a way that is similar to die cutting systems. Hardly anything remains of the original sheets of metal, with the remnants they make the circular hotplates in cast iron and the iron supports. The metal is joined not by welding but by wedging the pieces together, folding the metal and beating in nails. Everything is made by hand using simple utensils such as scissors, hammers and anvils. 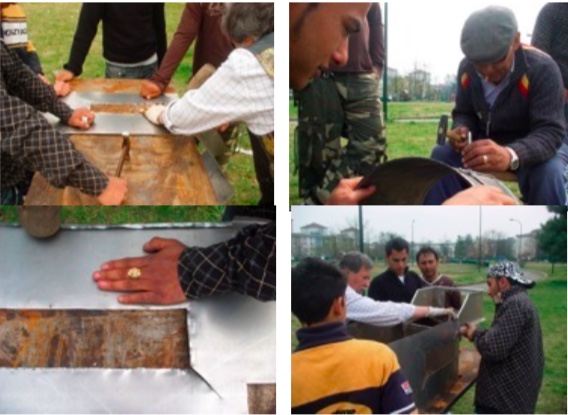 After studying the models and possible variations in shape of the stoves, the recovery of the parts in cast iron (hotplates and rings) determined the size of the prototypes. The workshop concluded in the courtyard-lawn of the public housing estate in Falchera, in front of the Alaga depot, where the stove-making had transformed the public space into a real workshop with children and grandchildren all participating. The workshop represented an educational vehicle at the disposal of the whole community, where pieces of ancient and forgotten knowledge could be reunited and exchanged. The worksite developed along with moments of conviviality, establishing different ways of combining times for working, learning and doing, thus creating a link between past and future generations and reconstructing a non-alienated esthetic and social collective notion. 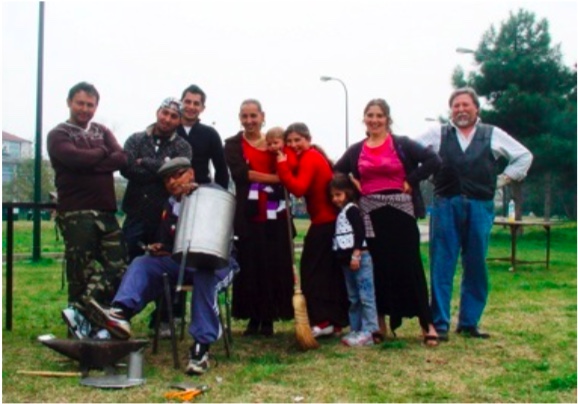